Ray and Carole Neag are among the most prominent figures in UConn’s 138-year history, next to brothers Charles and Augustus Storrs.

Ray Neag ’56, of Goshen, Connecticut, and Wyomissing, Pennsylvania, a philanthropist who built his fortune in the medical device industry, died Thursday, April 19 at age 86. He died at home with his wife, Carole, by his side.

“Ray Neag had a profound impact on the University of Connecticut and our entire state. With his first record-breaking gift to the Neag School of Education to his generous support for life-saving care at the Carole and Ray Neag Comprehensive Cancer Center, the Calhoun Cardiology Center, and many other programs, he played an incredibly important role in our history,” said President Susan Herbst. “He keenly understood UConn’s potential to be a top public research university and academic medical center, and how to build the momentum to get there. Ray was a visionary who advocated tirelessly on UConn’s behalf and inspired so many other alumni to follow his lead.”

Carole and Ray Neag are among the most prominent figures in UConn’s 138-year history, next to brothers Charles and Augustus Storrs, who donated the land and funding in 1880 to start the University. In 2001, Ray received an honorary degree from UConn.

As UConn’s largest donors, the Neags transformed the Neag School of Education and the Carole and Ray Neag Comprehensive Cancer Center and made significant contributions to many other programs. Their legacy, however, bespeaks more than philanthropic generosity. Through a deep connection to the institution and the UConn community, the Neags helped raise UConn’s national profile and elevate the UConn Foundation’s fundraising operation.

Neag was a visionary foremost. He approached philanthropic pursuits using the same acumen that enabled him to build a small medical device company that manufactured hypodermic and textile needles into a pioneering manufacturer of cardiac surgery devices, including the first polyurethane catheter—widely used today—in 1978.

In a 1999 interview with the Hartford Courant, Neag explained the timing of his $27 million (included a $4 million match from the state) gift—at the time, the largest gift ever to a public university in New England and the largest gift ever to a school of education in the country: “I worried about the commitment of other people to the university, but I could see it was starting to happen.”

Neag understood the dynamics of alumni engagement and how to build momentum. He wanted his gift—and the many that followed—to effect change. When the state voted to invest $1 billion to revitalize campus through the UCONN 2000 initiative and the UConn Foundation wanted to kick off the University’s first-ever fundraising capital campaign, Neag knew it was the opportune moment to make a major gift that would do more than help a program. He was right. It kicked off the capital campaign and helped the UConn Foundation’s earnest efforts to bring more and more successful alumni back into the fold.

This storied alumni relationship didn’t take off until decades after Neag graduated, following an inauspicious Thanksgiving in 1995.

Neag, the youngest of eight children, grew up in Torrington, Conn. He started his college career at UConn’s Waterbury campus before joining the U.S. Air Force, and then completed a bachelor’s degree in political science at the main campus in Storrs in 1956, following in the footsteps of his brothers Traian Neag ’49 and Sevier Neag ’52. After graduation, Neag went on to study at Harvard University’s advanced management program and the American Graduate School of International Management. He started Arrow International in Reading, Pennsylvania in 1975.

Neag had been disconnected from UConn until he asked his niece, Sally Reis ’81 ’86, over a Thanksgiving dinner in the early 1990s about how much it cost to endow a chair. Reis and her husband, Joseph Renzulli, were faculty in the education school and leading experts in gifted education. Serendipitously, the UConn Foundation had recently brought in Edward Allenby, then vice president for institutional advancement, to take fundraising to a new level.

Allenby told the Courant in 1999 about their first meeting: “He looked me in the eye and said, ‘Where have you been?’”

Shortly thereafter, Neag made his first major gift of $1.5 million in late 1996, naming a chair in gifted education in memory of his wife of 40 years, Lynn Neag, who had lost her battle with colon cancer earlier that year. A few years later, he stood at the state capitol with then-UConn President Philip Austin to announce the largest gift in UConn’s history for the School of Education, which was renamed in his honor.

“To say that Ray Neag has had a life-changing impact on many thousands of individuals is no exaggeration. For one, UConn’s Neag School of Education would simply not be where it is today without the truly extraordinary support of Ray and Carole Neag. Ray, our longtime champion and hero, strongly believed in education as society’s ‘greatest equalizer,’” said Gladis Kersaint, dean of the Neag School of Education.

“He understood the profound level of positive change that education can bring to the world. The legacy he leaves not only here at the Neag School, but also across the entire University, among generations of students and alumni, and with the wider community cannot be overstated. We share our very deepest condolences with his family and friends. We could not be prouder to have our school bear his name,” Kersaint added.

Over the next two decades, Carole and Ray Neag became two of the University’s strongest advocates. They volunteered their leadership and invested in the cancer, cardiology, and orthopedics programs at UConn Health, the School of Nursing, and the British literature program. Each donation has made a difference.

“My uncle was a kind and gracious man who never forgot the family lessons he learned of kindness, humility, gentleness, and generosity. Our family is proud of all he did for UConn, a place that gave him his academic start in life, and so grateful for the many gifts that he and Carole bestowed upon so many important causes. The Neag name will forever be linked to education and health and Ray’s spirit will live on in all of the good work that their gifts have inspired for generations to come,” said Reis, the Letitia Morgan Chair in Educational Psychology.

“Ray Neag was the personification of a true gentleman and philanthropist. Over my 14 years as dean, he became my friend, mentor, and trusted adviser. He believed that teachers are some of the most important people in our society,” added Richard Schwab, the Ray Neag Endowed Professor of Educational Leadership and emeritus dean of the Neag School. “His generosity and support for the Neag School is unmatched by any other philanthropist in the nation who believes in the importance of education. In the years to come, generations of teachers, administrators, and families will benefit from his love and generosity.”

“UConn Health mourns with Carole and the Neag family today. Ray Neag was an inspiration to so many. He was unyielding in his generosity of time, talent, and treasure because to do any different would have ran counter to his compassion and munificence,” said Dr. Andrew Agwunobi, chief executive officer of UConn Health. “Carole and Ray’s support for patient care, teaching, and groundbreaking research in the cancer and cardiology programs, diagnostic imaging, dermatology, and ophthalmology has made a difference in the lives of countless patients and their families. Ray was truly a wonderful man and will be missed by the whole UConn Health family.”

“Ray Neag was a star—luminous, warm, and brilliant. He radiated light, light of generosity, light of love of others. The body of the stars eventually disappears, but their light travels forever. The light of Ray Neag’s generosity similarly continues to illuminate the world in so many brilliant hues today, as it will in the times to come,” said Pramod Srivastava, Ph.D., MD, lead researcher for the ovarian cancer vaccine trial, director of the Neag Comprehensive Cancer Center, and recipient of the 2016 Carole and Ray Neag Medal of Honor.

The Neags’ desire to stay connected instead of simply writing checks has led to a remarkable partnership and extraordinary patient care. The Neags made it possible for UConn to be the first hospital in the state to offer TomoTherapy for precise radiation. When they heard that patients were receiving chemotherapy in outdated chairs, they stepped in with a one-time gift to purchase state-of-the-art infusion recliners.

“UConn Health has lost a great friend in Ray, but will always remember and celebrate his successes and all the wonderful things he has done. We will always be reminded and inspired by his humanism, selflessness, and dedication to helping others including those who are less fortunate, and his unfailing positive views on life, friendship, and family.  We send our heartfelt sympathy and condolences to Carole Neag and the entire Neag family. He has left an indelible mark on UConn Health and his legacy will live on in the many centers, departments, programs and initiatives he has made possible,” said Liang.

The Neags have been recognized by numerous organizations in Connecticut and Pennsylvania for their philanthropy. The Warner Theatre in Torrington, Conn. named the Carole and Ray Neag Performing Arts Center in 2008. UConn named its most prestigious award in the couple’s honor to recognize donors and faculty who, like the Neags, make remarkable contributions to the field of medicine and UConn Health. Recipients of the Carole and Ray Neag Medal of Honor carry on the legacy of the most generous supporters in UConn’s history.

Ray Neag is survived by their children, Beth (Hogan) Lamoin and David Hogan, and grandchildren.

“The entire UConn community sends its deepest condolences to his wife, Carole, and the Neag family. We are honored that Ray’s legacy will carry on here, where Ray and Carole’s support saves lives every day at UConn Health and graduates of the Neag School are teaching in nearly every school district across Connecticut and beyond,” said President Herbst. 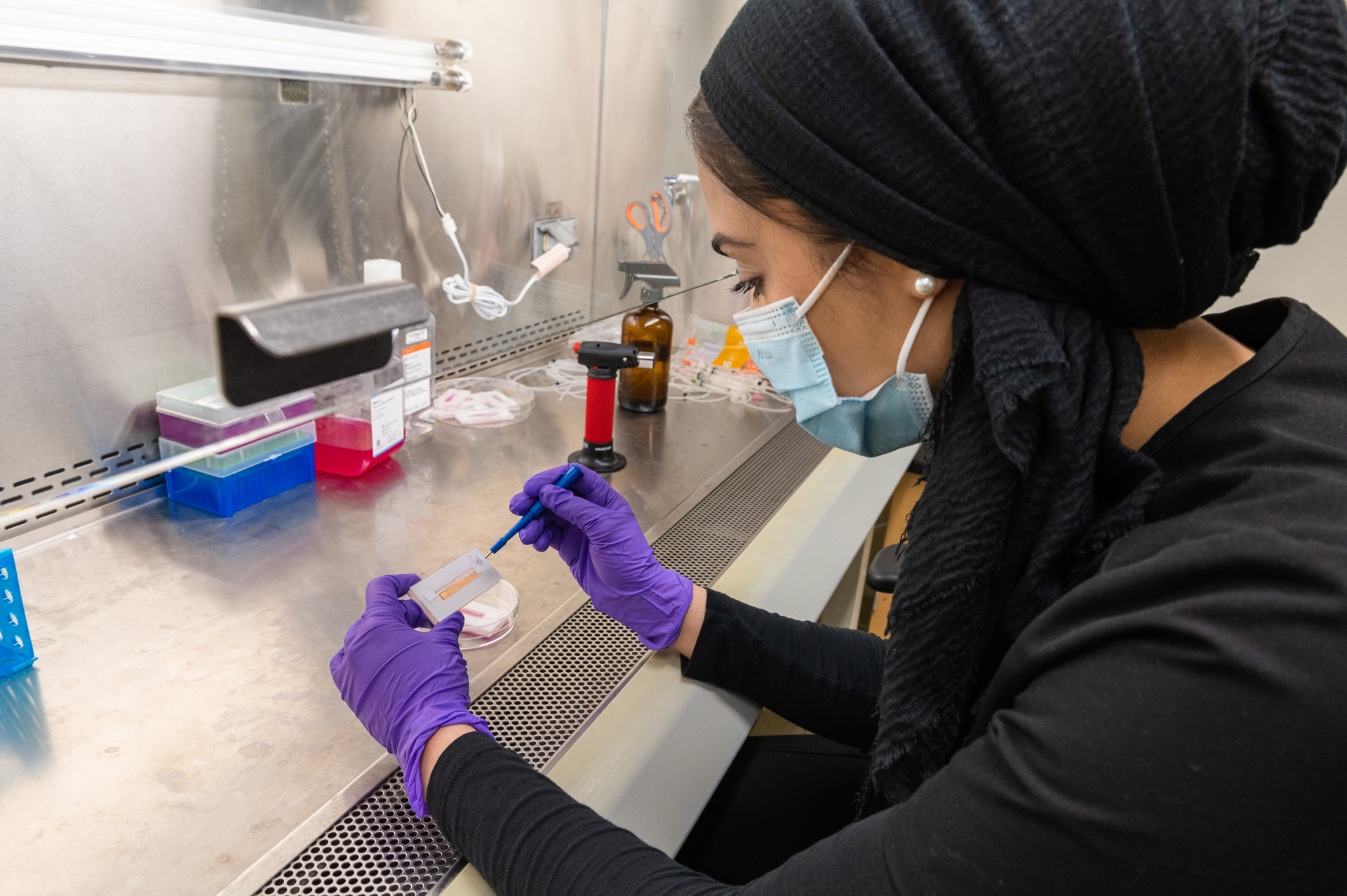 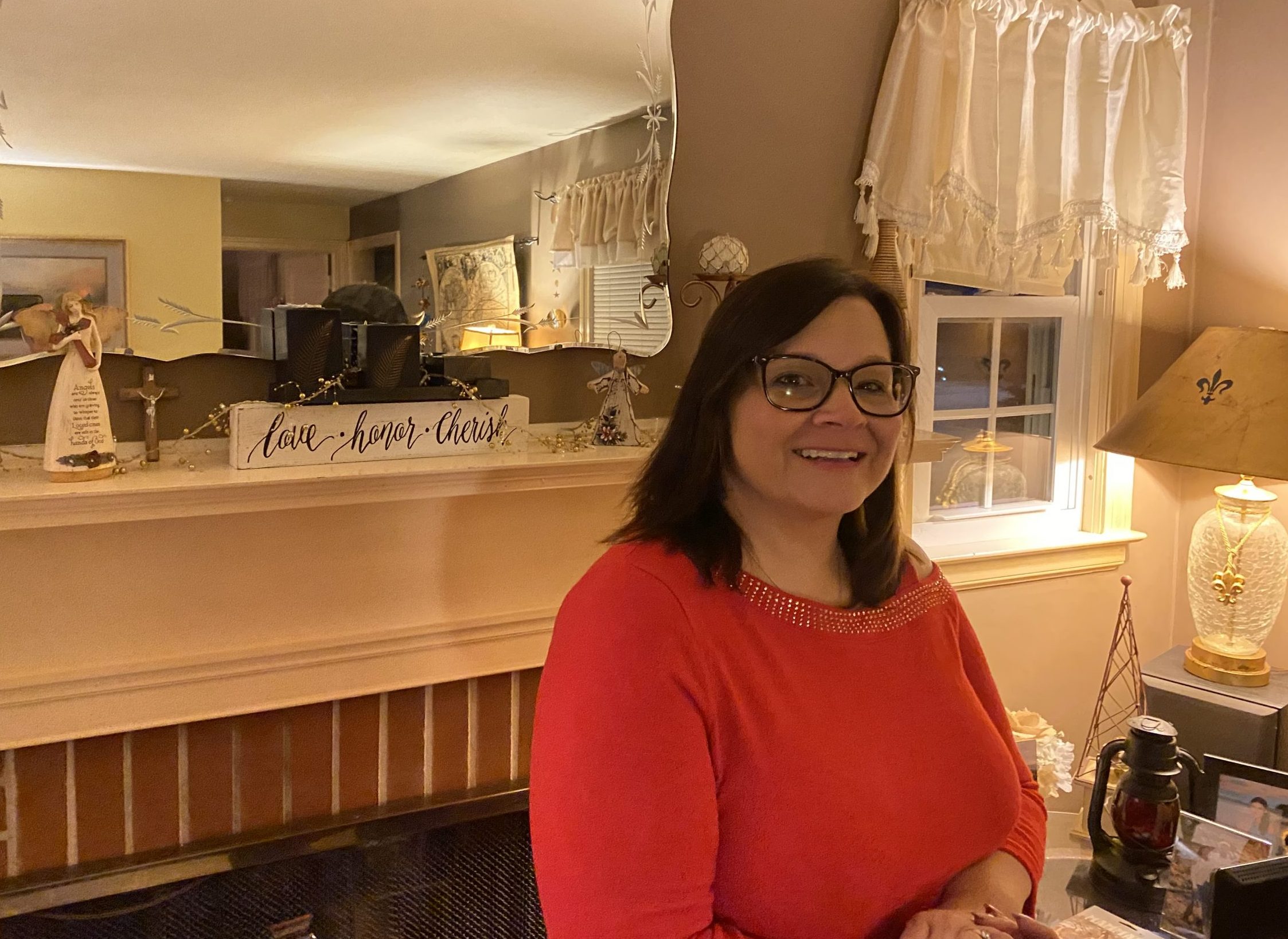