Each summer since 2012, the Natural Resources Conservation Academy (NRCA) has hosted students and adults from across the state to learn about natural resources careers, see a variety of field collection technologies in action and engage with like-minded environmentally conscious peers. This summer, because of COVID–19, the NRCA hosted its first ever slate of virtual […]

Each summer since 2012, the Natural Resources Conservation Academy (NRCA) has hosted students and adults from across the state to learn about natural resources careers, see a variety of field collection technologies in action and engage with like-minded environmentally conscious peers.

This summer, because of COVID–19, the NRCA hosted its first ever slate of virtual programs. Both of NRCA’s active programs, the Conservation Ambassador Program (CAP)—a weeklong natural resources camp for high school students—and Conservation Training Partnerships (CTP)—a two-day workshop for youth and adults, made their way online this past July.

As part of NRCA, participants in both programs will be carrying out conservation projects in their local community in the coming weeks and months, while following CDC guidelines on masks and social distancing.

NRCA’s Conservation Training Partnerships (CTP) workshop hosted two two-day sessions this summers, one July 11–12 and another July 16–17. Each session drew about twenty-five participants and included both high school students and adults. Participants in CTP, which is co-led by faculty and staff from CAHNR, the UConn Center for Land Use Education and Research and the Neag School of Education, learned about natural resources-related smartphone technology, participated in hands-on data collection activities near their homes and began to plan a local conservation project in small intergenerational teams.

Nicole Freidenfelds is CTP’s program coordinator. She says that despite the challenges of moving online, the sessions were a huge success. The responses from participants were “overwhelmingly positive,” she says. “Everyone, for the most part, indicated that they enjoyed it.”

Each session began with a presentation about Connecticut’s conservation areas, followed by a hands-on field collection challenges and breakout sessions for participants to develop their local conservation projects.

Freidenfelds says that some of the most successful activities were the field collection challenges. Participants were guided in downloading an app called Epicollect, which can be used to collect any type of data. In one activity, participants had twenty minutes or so to go outside and record observations of “basically any kind of organism they could find near their home,” says Freidenfelds.

Todd Campbell, one of the Neag instructors, tweeted that in the first session, forty participants recorded 112 data points from across the state in less than twenty minutes. Says Freidenfelds, “It blew my mind how many observations our participants recorded in such a short amount of time.”

CTP instructors then mapped the participants’ findings using Epicollect’s online mapmaking tool. Freidenfelds says that the virtual format of this activity ended up being a boon to learning, because the map revealed the dispersal of observations across the state.

“What’s really cool about it being virtual is that you look at the map and [the data] is coming from all over Connecticut,” Freidenfelds says. “You’re getting these data points from such a wider geographic area than you would if we were doing this in person.”

Laura Cisneros, an NRCA program coordinator who this year was in charge of all aspects of the virtual platform, adds that another benefit of the virtual program delivery was that it “got students out into their backyards, literally, and it made them aware of the biodiversity or the natural habitats that surround their location.”

Before the program began, participants were mailed “CAP kits” that included materials such as tree cross sections, owl pellets, animal track plates, drinking water tests and soil samples, which tied into activities during the week.

Amy Cabaniss, CAP’s program coordinator, says the participants arrived excited. “Despite switching to a  virtual field experience, they came to the program with passion and interest, which continued throughout the week,” she says.

Cabanis says that despite a rigorous curriculum and schedule beginning each day at 10:00 a.m. and ending at 8:00 p.m., participants’ engagement didn’t wane much. “Students were captivated, for example, by a virtual walk in the woods led by Professor Tom Worthley. They were excited to discover and compare biodiversity in their backyards using Epicollect, in Connecticut through research and presentations to the group and globally, thanks to Professor Mike Willig.”

Wednesday evening, participants engaged in a discussion about equity and inclusivity in natural resources. Says Becca Colby, a graduate student mentor, “The discussion was meant to create a safe and open environment for discussing how experiences exploring the outdoors and pursuing a natural resources career path can vary.” Participants discussed the May 2020 incident in which Amy Cooper, a white woman, called the police on Christian Cooper, a Black man who was birdwatching in Central Park. Says Colby, “Each participant created a personal values statements that they they could use to improve mindfulness, increase inclusivity and spread empowerment in the outdoors. It was a deeply moving experience and I am grateful to have worked with such a stellar group of students!”

Moving to a virtual platform

Freidenfelds says that, even before the University cancelled in-person gatherings for the summer, it was clear that it would not be safe to host NRCA in person this year. “It was a difficult decision,” she says, “but the team really pulled together and did a phenomenal job.”

She continues, “A big challenge was making sure all the participants had equal access to technology.” For one participant who did not have access to a computer, Freidenfelds says, “I delivered a laptop to someone and helped her set it up. She was thankful for that.”

“We had to pivot pretty quickly from an established onsite program to being online,” says Cabaniss, “which all did very adeptly.” One of the goals in using the virtual format was to deliver the program in segments that were  engaging and interactive, which meant giving a short video or presentation, then devoting more time to hands-on activities.

Cisneros says the team had to incorporate new ways of relationship building among participants. “We built these relationships in the breakout sessions,” she says. At certain times during CTP and CAP, she would break the larger group into small groups for activities on Zoom. “A faculty member or grad student led each breakout session, helping to develop collaborations,“ says Cisneros.

Each of the NRCA coordinators praised the participants for their passion and exuberance.

Cabaniss commends “just how inspirational and amazing each student is.” She adds that their responses, their strong knowledge base, tremendous enthusiasm and their questions make it a two-way street in learning.

Freidenfelds says she appreciates that all the participants of CTP were willing to engage with NRCA’s first virtual experience. She also commends the CTP team for their hard work in adjusting. “I just feel really lucky to be able to work with them.”

“One of the biggest things that I learned from these virtual programs this year was that there’s this real need for them right now in this pandemic,” says Cisneros. “We were hearing from some of our participants’ parents, emailing us or calling us the next day saying, ‘My child needed that so much.’ “

Says Meg Sanders, an undergraduate intern with NRCA, “I really appreciated being able to build relationships with students in the process. On the final day of CAP, we asked the participants to write down some of their favorite things about the experience and what they enjoyed. Seeing their responses was very rewarding to know that they enjoyed it.”

One CAP participant wrote, “This program was really amazing and thank you so much for pulling it together and making it a great experience without having to cancel it completely!” Another commented, “Thank you so much for the opportunity. I loved it and can’t wait for the projects!” 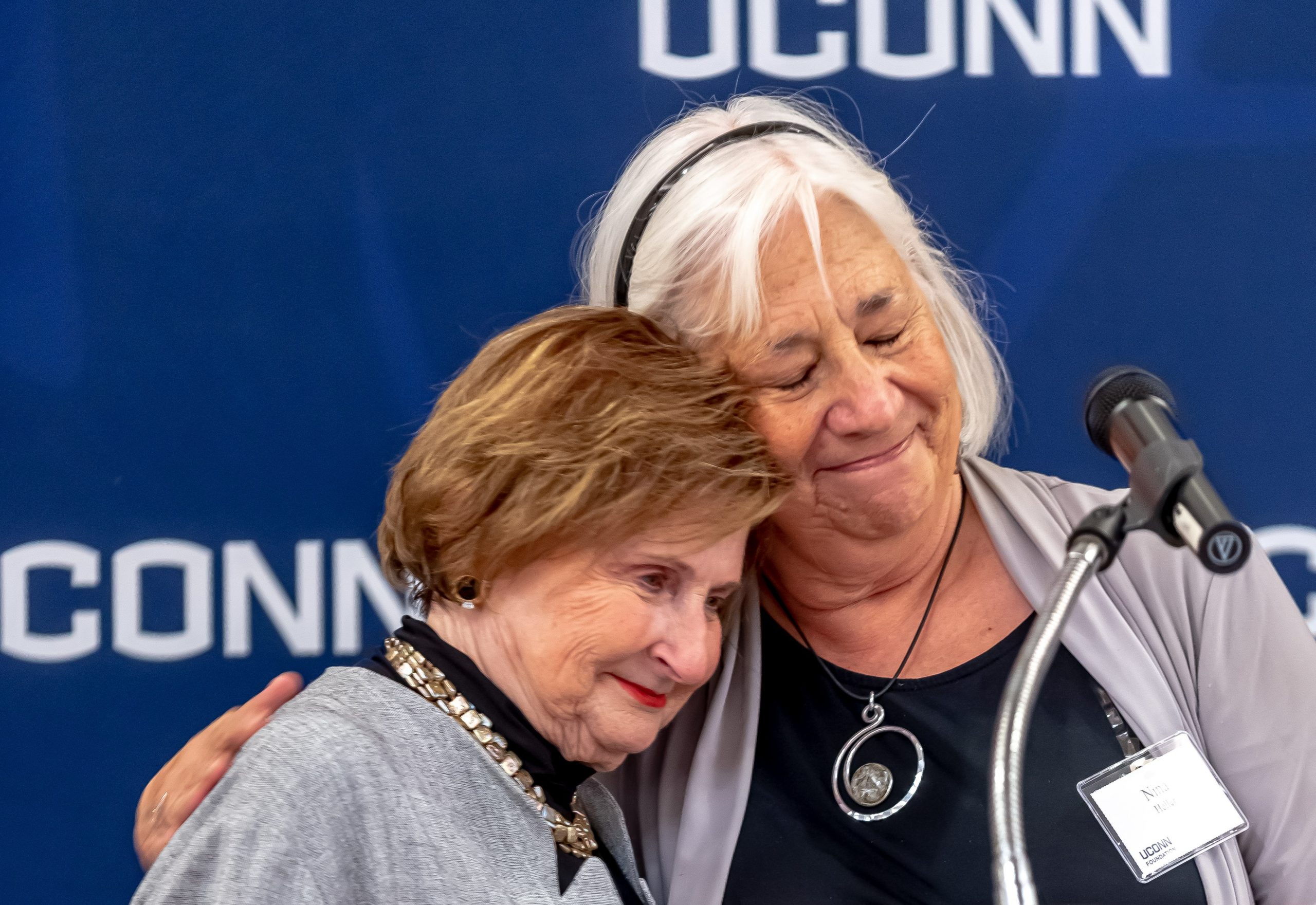 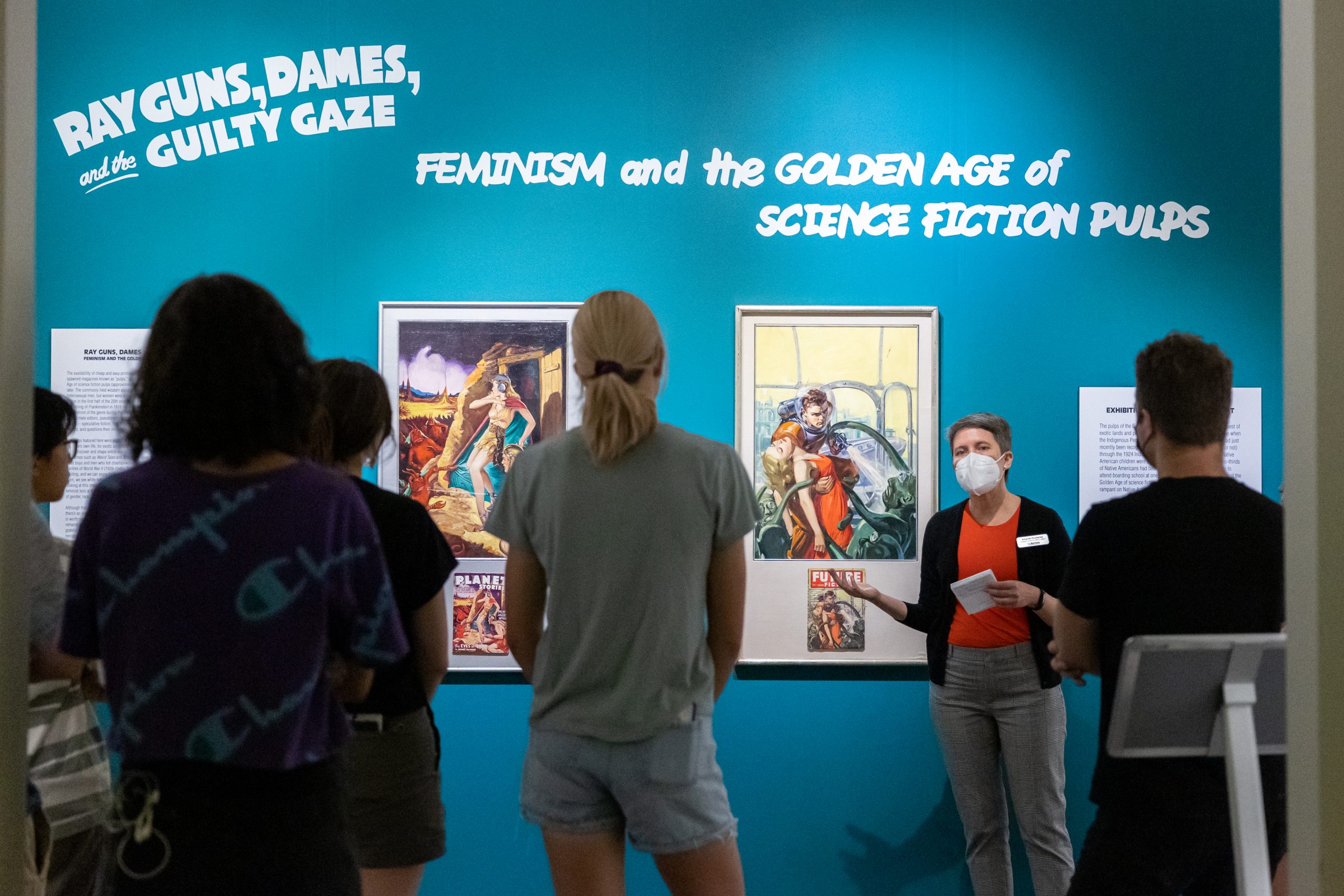 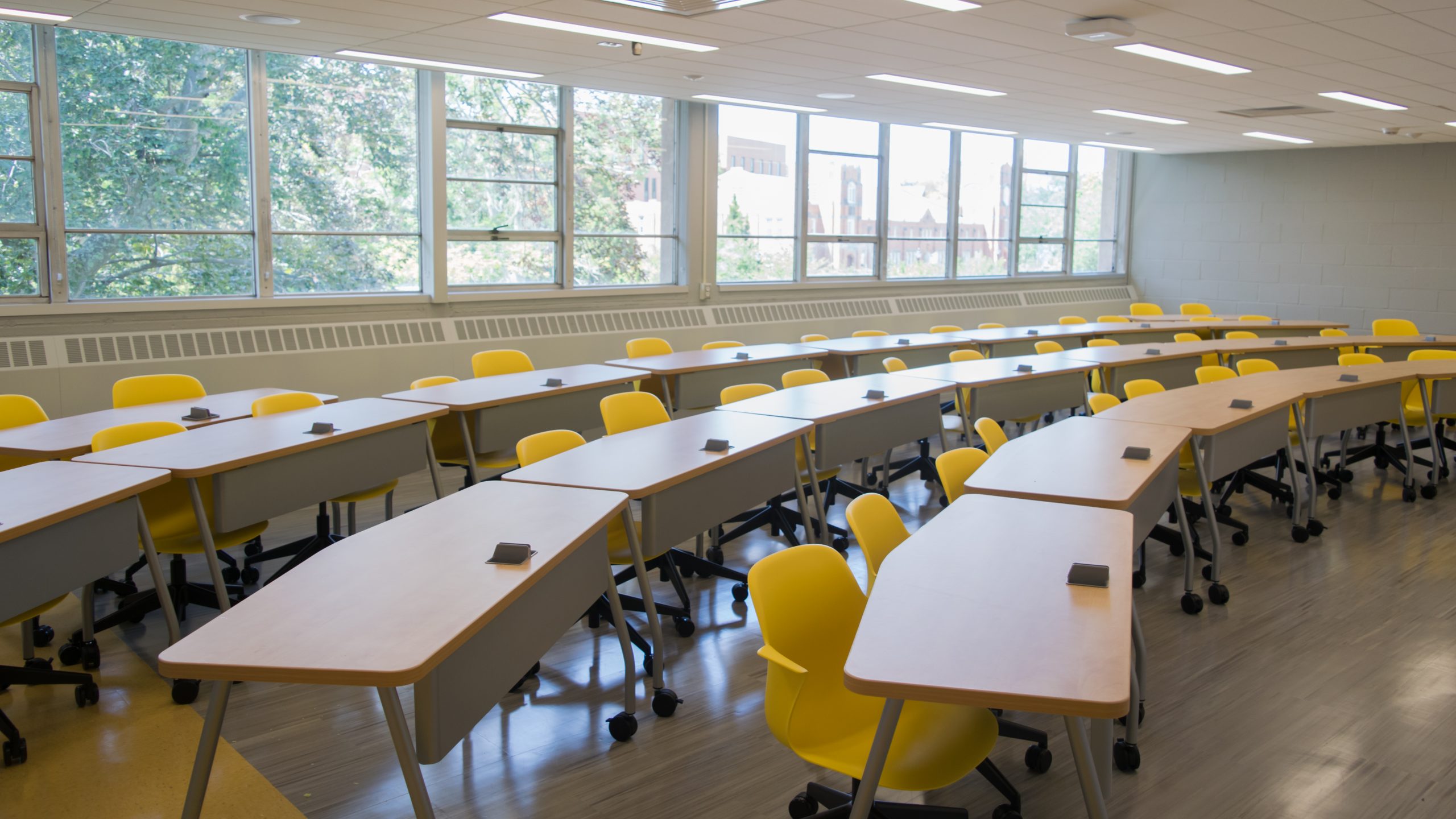