On March 6 the UConn School of Pharmacy celebrated pharmacy alumni through the 2021 UConn Pharmacy Alumni Awards event, this year held online. “Like so many before them, these alums have demonstrated outstanding achievements in a number of ways. The awardees, each very accomplished, and have been recognized based on nominations received by the association” […]

“Like so many before them, these alums have demonstrated outstanding achievements in a number of ways. The awardees, each very accomplished, and have been recognized based on nominations received by the association” said Peter Tyczkowski, UConn Pharmacy Alumni Association President.

This year’s recipients are: 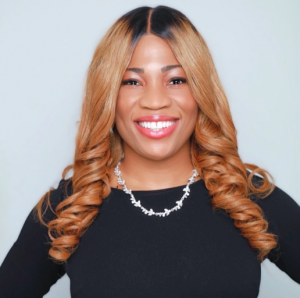 In 2013, Sophia Nnenna Ononye-Onyia earned an M.B.A. from the University of Connecticut, with a specialization in Health Care Management. Prior to her doctorate work at UConn, she was an Analytical Development Scientist at the Pfizer Groton R&D Headquarters and attended Bowling Green State University, where she earned a B.S. in Honors Chemistry and a Master of Public Health degree.

At the School of Pharmacy, Ononye-Onyia’s doctoral research advisor was the late Amy C. Anderson, Ph.D., Professor of Medicinal Chemistry and former Department Head. Dr. Ononye-Onyia’s research investigated the use of tropolone natural product derivatives as novel and potent anticancer therapeutics. Her dissertation led to 6 publications in well-respected scientific journals, a patent, and multiple awards, including a Dana-Farber/Harvard Cancer Center Award for her oral presentation at the New England Science Symposium. She also completed her Postdoctoral training in Medical Oncology Research at the Yale Cancer Center, Yale School of Medicine, in New Haven.

In 2019, following five years in strategy consulting roles, Ononye-Onyia launched The Sophia Consulting Firm, a life science marketing and communications consultancy. She serves as founder and CEO, and the firm is based in New York City. As the COVID-19 Pandemic unfolded, Ononye-Onyia recognized the need for new avenues of communication to highlight biotech industry advancements. She initiated the Amplifying Scientific Innovation video podcast, which quickly developed a significant following.

Ononye-Onyia is the recipient of several professional awards, including two Spark Awards from the Healthcare Businesswomen’s Association (HBA), and she was recently selected as the president of the board of directors for the HBA’s New York Chapter. She also serves on the Advisory Council of the Dell Women’s Entrepreneur Network. Sophia is a Yale Entrepreneur-in-Residence and maintains close associations with the UConn Schools of Pharmacy and Business as well as the UConn Molecular and Cell Biology Department, speaking with students and sharing her experience as a Nigerian-American scientist and entrepreneur. In February 2021, she was a panelist in the Geno Auriemma UConn Leadership Series for M.B.A. students. She is also the Featured Alumni for the month of March, which is Women’s History Month, by the UConn School of Business Office of Alumni Relations. 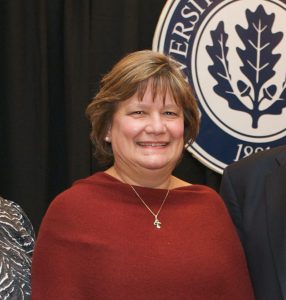 Janet Kozakiewicz, Pharm.D. is a member of the UConn School of Pharmacy Class of 1979. She earned a master’s degree in healthcare management from Rensselaer and her Doctor of Pharmacy degree from the Massachusetts College of Pharmacy and Health Sciences. She is a Fellow of the American Society of Health-System Pharmacists and is currently serving as chair of the ASHP Pharmacy Technician Accreditation Commission.

Throughout her career, Kozakiewicz has demonstrated a commitment to the education and mentoring of pharmacy students and young professionals. Many UConn students have benefitted from her expertise as a preceptor for both Introductory and Advanced Pharmacy Practice Experiences. Kozakiewicz was also instrumental in developing innovative experiences for IPPE and APPE rotations that would offer UConn students exposure to the future of their profession. She continues to mentor students in the LEADERS Track and is an emeritus member of the Dean’s Advisory Board. Because of her leadership in Connecticut’s health systems, numerous UConn pharmacy graduates have had the opportunity to benefit from her time and expertise during their PharmD education.

Kozakiewicz serves as an executive board member and treasurer for Health Assistance InterVention Education Network and is the recipient of several awards, including the CSHP Paul G. Pierpaoli Award for Extraordinary Service and Dedication to the Profession. 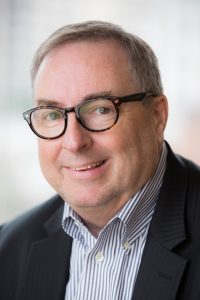 James LaFlamme graduated from UConn in 1979 with a bachelor’s degree in pharmacy and earned a master’s degree in management from Indiana Wesleyan University. He is a Fellow of the American College of Healthcare Executives.

LaFlamme is the Founder and CEO of BioPharma Global, an international regulatory affairs advisory firm focused on rare diseases and diseases with high unmet medical needs. BioPharma Global donates a portion of its revenue in support of education and increased awareness of new therapies to treat crippling and fatal diseases.

In his prior positions, LaFlamme served as executive vice president with Coté Orphan, responsible for all global operations within both the regulatory affairs and business development divisions, and served as a director with Pricewaterhouse Coopers, advising healthcare clients in both the public and commercial sectors. His early career roles include director of pharmacy, administrative, and executive positions with medical centers in Maine, Indiana, Connecticut, and Colorado. LaFlamme’s diverse career experiences illustrate the value of a pharmacy degree in preparing individuals for roles that demand innovation, problem-solving, and communication skills.

In recent years, Jim joined the UConn School of Pharmacy Dean’s Advisory Board and has mentored students in the LEADERS Track program.  He created sought-after rotations within his organizations, allowing students to gain experience in regulatory roles and the biotech industry.  He also worked with members of the UConn School of Pharmacy Diversity Committee to establish a programming fund and initiate a mentorship program.

“Congratulations to this year’s alumni award recipients. You make our School very proud. Thank you for all you do to to support our our students, programming, and research,” said Dean Phil Hritcko.