While most of us were trying to keep cool during recent record-breaking summer temperatures, UConn alumnus Mike Ryan was intentionally turning up the heat at UConn’s Korey Stringer Institute.

In a recently published paper, KSI researchers predicted that the Tokyo Olympics, which were postponed from last year due to the COVID-19 pandemic, would be the hottest summer games on record, a prediction that appears to be coming true. This means heat will be a significant factor for players’ performance and safety.

The Korey Stringer Institute, housed in the College of Agriculture, Health and Natural Resource’s (CAHNR) Department of Kinesiology, provides research, education, advocacy, and consultation to maximize performance, optimize safety, and prevent sudden death for the athletes, as well as others who work in extreme heat like warfighters and laborers.

Heat acclimation involves subjecting your body to exercise in hot conditions in a lab environment to help your body enhance physiological changes, so athletes can perform better while doing specific activities in extreme heat.

Ryan visited the Storrs campus to learn more about KSI’s MISSION Heat Lab, a space designed to simulate environments of extreme heat and humidity. He participated in a series of exercises and tests to report and share the experiences of elite athletes who use the facility for heat acclimatization, hydration, and other elements of performance and safety in warm weather conditions. 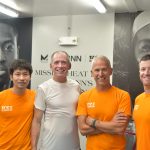 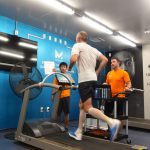 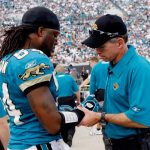 Two men on sidelines of an NFL football game
Mike Ryan served as the head athletic trainer for the Jacksonville Jaguars until 2014. 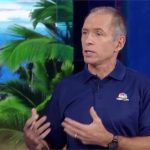 In addition to getting first-hand experience for his NBC Sports segment, Ryan also took some time to reconnect with his alma mater.

“UConn really prepared me to take that next step [after graduation] and excel. I think it’s a credit to the UConn professors and the whole physical therapy program here to get me ready for my career.”

Ryan credits UConn’s physical therapy program with providing real-life opportunities to work with many different patient populations across the state.

“I wanted to learn as much as I could beyond sports medicine, and that included working with burn patients, spinal cord injuries, and wound care. I learned to work with all kinds of individuals. I found I could take pieces of what I learned and bring it into sports medicine,” Ryan says.

With a future in the NFL in mind, Ryan says he was able to tap into the expertise of UConn professors as well.

“I asked lots of questions and I was able to ask them about the specific types of injuries I had seen.”

With that foundation, he became the youngest athletic trainer in the NFL.

He was happy to have the chance to combine business and pleasure for his assignment reporting on KSI.

“I love UConn and I have a lot of gratitude for the people here and what they do. At the Korey Stringer Institute they care for people well beyond the campus. That level of caring is a UConn thing and it has instilled itself in all I do personally and professionally. UConn does it right.”