Dr. Cato Laurencin and physics professor Nora Berrah are among the academy's 239th class, along with former First Lady Michelle Obama, and other leaders.

Two UConn professors, Dr. Cato Laurencin and physics professor Nora Berrah, have been elected as members to the historic and prestigious American Academy of Arts and Sciences. This year, more than 200 individuals were elected to the academy with compelling achievements in academia, business, government, and public affairs.

“One of the reasons to honor extraordinary achievement is because the pursuit of excellence is so often accompanied by disappointment and self-doubt,” said David Oxtoby, president of the academy. “We are pleased to recognize the excellence of our new members, celebrate their compelling accomplishments, and invite them to join the Academy and contribute to its work.”

Founded in 1780 by John Adams and James Bowdoin, the academy honors exceptionally accomplished individuals who are engaged in advancing the public good.

Laurencin is a world-renowned surgeon-scientist in orthopaedic surgery, engineering, and materials science. He is known as a pioneer in the field of regenerative engineering. His work over a span of more than 25 years has had an extraordinary range of depth and breadth. He has made fundamental and seminal contributions in polymeric materials science and engineering, and nanotechnology. At the same time, his research successes have included the growth and regeneration of bone, ligaments, and other musculoskeletal tissues.

“I am very honored and humbled to be elected to the American Academy of Arts and Sciences. I thank my mentors especially Professor Robert Langer, and my students who continually inspire me,” said Laurencin, the first UConn Health faculty member to be elected.

Berrah, who was head of the physics department from 2014 to 2018, has been recognized for her distinguished contributions to the field of molecular dynamics, particularly for pioneering non-linear science using X-ray lasers, and spectroscopy using synchrotron light sources.

Using big lasers – like the Linac Coherent Light Source at SLAC National Laboratory on the campus of Stanford University, the most powerful X-ray laser in the world – Berrah’s research explores transformational changes occurring inside molecules when exposed to ultra-intense beams of light. In particular, she investigates physical molecular processes that occur at the femtosecond time scale: one quadrillionth, or one millionth of one billionth, of a second.

“The American Academy for Arts and Science honors excellence and convenes leaders to examine new ideas, and that it is a high honor bestowed on me,” Berrah said. 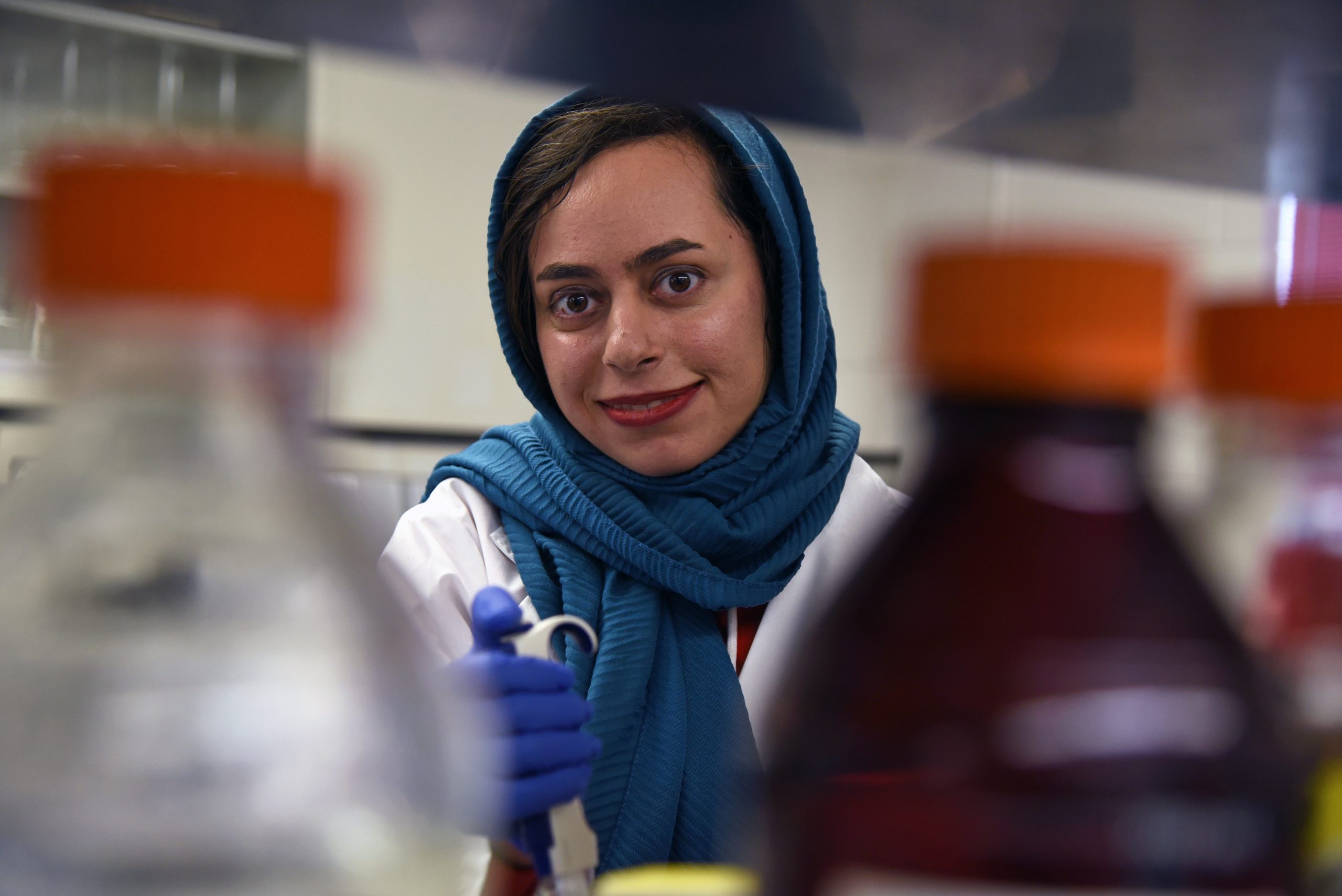