A UConn graduate student in archaeology just returned from a research trip to Kosovo, where he is helping collect and identify artifacts to help understand the history of the region.

In some parts of Kosovo, scattered right on the surface of the soil are numerous artifacts, some of which date back as far as 8,000 years. Local archaeologists know there are dozens of archaeological sites somewhere in the area, but no one is sure exactly where they are.

For the past two summers, UConn graduate student Elic Weitzel has traveled to Kosovo to survey for ancient artifacts to help pinpoint the locations of these sites, so that more can be learned about the area’s rich – and oftentimes fraught – history.

The region is thought to have been inhabited for nearly 10,000 years. Weitzel says the archaeological records of Kosovo and other Balkan countries reflect conflict and conquests – with unrest continuing even after the recent wars and Kosovo’s declaration of independence in 2008 – but the region was also an area that the first people to introduce farming to Europe would have traveled through. As a scholar of early farming, this research will expand his expertise in the field, as well as hone his research skills as he helps to identify, date, and reconstruct the past. 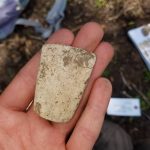 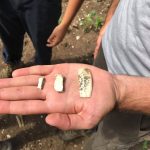 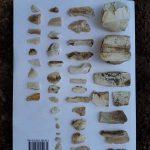 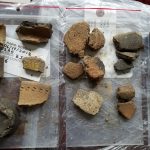 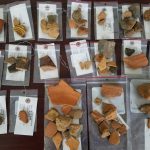 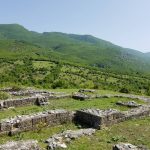 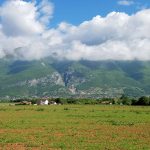 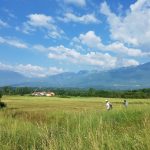 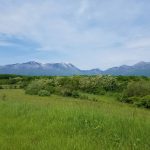 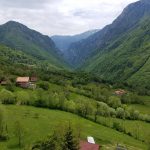 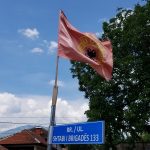 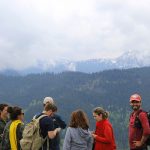 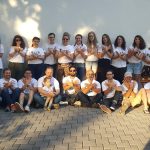 The UConn graduate student is part of a team led by Mike and Sylvia Galaty from the University of Michigan and Haxhi Mehmetaj from the Kosova Institute of Archaeology. The researchers are in the midst of a multiyear survey project in Kosovo called RAPID-K: Regional Archaeology in the Peja and Istog Districts of Kosova. (Kosovo is known as Kosova among the country’s majority Albanian population. Peja and Istog are cities in the western part of the country.)

The archaeological periods of the area are:

Although there is as yet no evidence of pre-Neolithic occupation in Kosovo, there are Paleolithic and Mesolithic sites (pre-6000 BC) in neighboring countries.

Weitzel says he has always wanted to work in interesting and distant locations, and has a keen interest in the archaeology of Albania and Western Balkans. On a whim, he Googled the subject and came across Mike Galaty, who at that time was just launching the project.

“I thought it was worth a shot,” he recalls. “I emailed to volunteer, and he said he’d be able to bring me along.”

Weitzel adds that the project is not only interesting from an archaeological point of view, but also gives the researchers an opportunity to interact with local people and experience the culture firsthand.

He says many of the surveys take place in people’s gardens, fields, or yards, but instead of the occupants telling them to get off their property, they often welcome the researchers in for coffee and snacks. When they explain what they are surveying for – shards of stone, pottery, or stone tools – local residents are surprised at their interest in such everyday objects.

In the coming years, Weitzel hopes to continue with the surveys and also with the eventual analysis of what has been found.